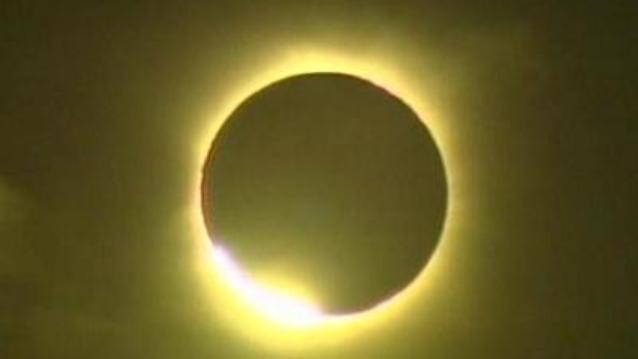 Tourist towns in far north Queensland are witnessing a total solar eclipse, the first in Australia for a decade.

It is the first full solar eclipse to occur in Australia since the same eerie darkness fell on Ceduna in South Australia ten years ago.

It takes the moon about an hour to pass from first contact, when it begins to cross the sun's path, to totality, when the sun is completely obscured.

During those few minutes of totality, it will seem like a moonlit night.

A black hole in the sky will be seen, with a pearly white filamentary corona around it for several degrees.'

Up to 60,000 people are re expected to visit Cairns for the eclipse, while a further 15,000 are set to pack Port Douglas.


The next total  solar eclipse in Australia will be seen in Sydney in 2028.

Posted by Lavender and Vanilla Friends of the Gardens at 07:37

Lavender and Vanilla Friends of the Gardens